There are some fantastic-looking Scottish children’s books due out this summer, from animal adventures to traditional tales told anew. Here are the titles the Roaring Reads gang are looking forward to most.

Kip the sheepdog lives on a farm, where he always has lots to do. When the naughty sheep run away, he begins an adventure all around the town in search of them. Benedict Blathwayt’s picture books beautifully capture the countryside, and we have a feeling that Kip is set for a place in this family’s affection too.

It’s always intriguing when a favourite childhood story gets a new lease of life, so the latest in Picture Kelpies’ Traditional Tales series is already on our ‘must read’ list. A heart-warming tale about the life of the celebrated Skye terrier before his time at Greyfriars kirkyard, it has been re-imagined by Animal Adventure Club author Michelle Sloan, with vibrant illustrations of old Edinburgh, by Elena Bia.

Cranachan has a small but superb list of (usually Scottish themed) children’s fiction, and we are keen to see how their first non-fiction title for young readers compares. This book recounts the real-life stories of 25 animals who made their mark on Scottish history – including Towser, a world-record-holding mouse-catcher cat, and Winkie, a pigeon honoured for wartime bravery.

Coral sees the world through a rainbow of colours not visible to others – a day full of adventure is Treasure Island Gold, but one with a maths test is Stormy Canyon Grey. When her grandma dies, Coral can’t find the colour to match how heartbroken she is. She makes a bargain with a ghostly boy – she’ll stop an evil spirit from breaking the spell imprisoning him in a graveyard, and he’ll find a way for her to say goodbye properly to Grandma.

Just the blurb for this book (by a former Scottish Book Trust New Writers Award winner) is enchanting, so roll on the release of the real thing! 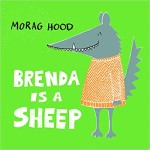 I am Bat is a huge favourite in this house. There’s something irresistible about all of Morag Hood’s animal characters, so we’re planning to get our hands on her latest picture book as soon as we can. It stars Brenda, who says she is a sheep – but doesn’t look like one at all. 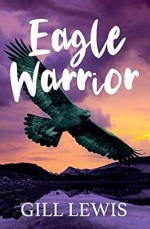 Bobbie is thrilled that a golden eagle has settled in the forest near her family’s Highland farm. But when her granny’s beloved dog is killed by poisoned bait, it soon becomes clear that someone is out to get it – and they’re ready to take down anything, and anyone, that gets in their way.  The premise of this story will ring particularly true for those who (like us) live in an eagle-populated part of the Highlands, so we’re looking forward to meeting Bobbie and finding out what happens on her adventure.

And…we’ll preview them properly in our next list, but wanted to mention two Autumn books that we are excited about already: The Boy with the Butterfly Mind (out September) by Victoria Williamson – the new book from the author of The Fox Girl and The White Gazelle, which looks set to be every bit as inspiring as her first – and The Tzar’s Curious Runaways (out October) by Argyll-based author Robin Scott-Elliot, which promises a captivating blend of history and magic!